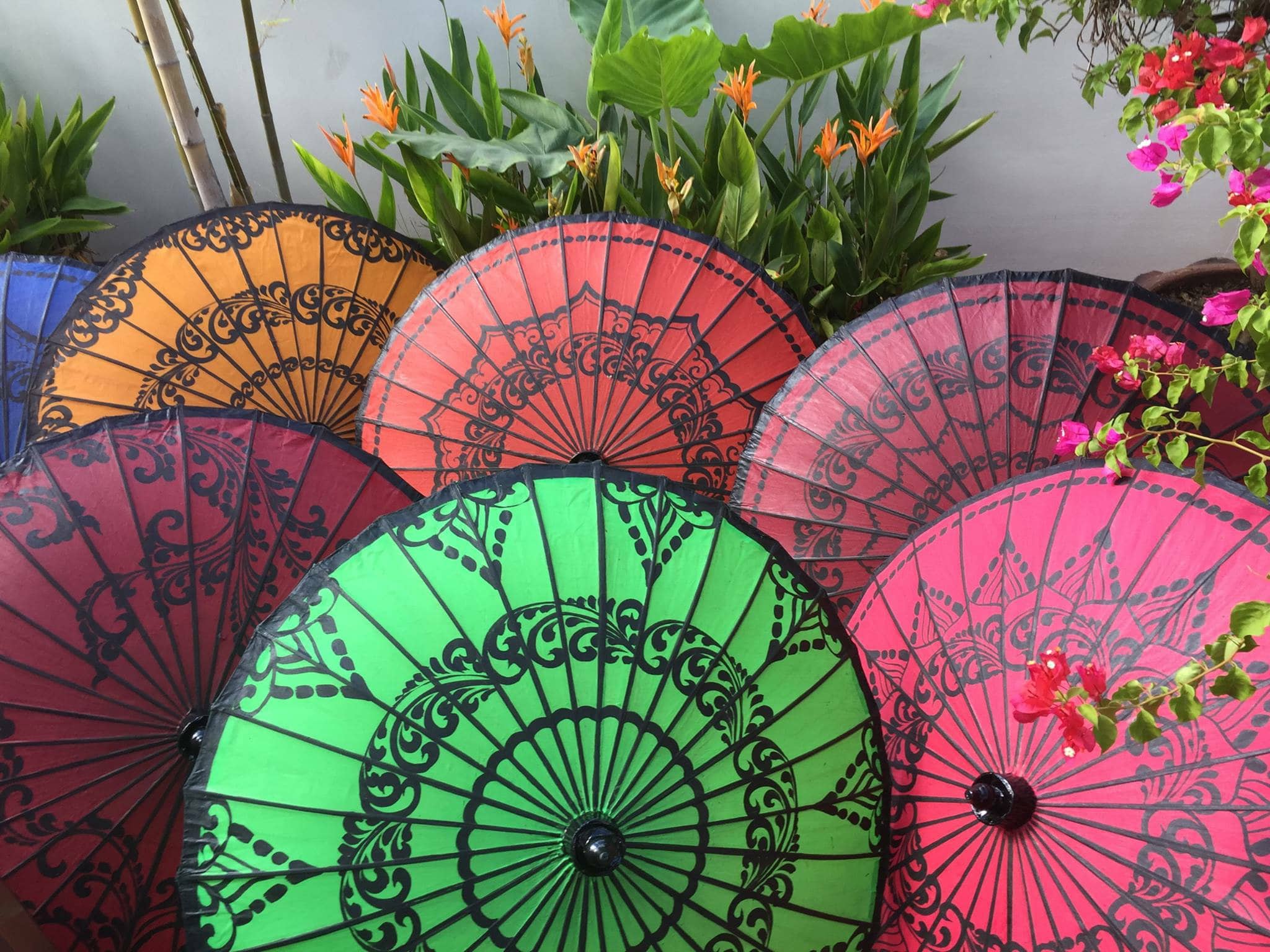 The update below was first published in 2012 as an article for the International Bar Association Who’sWhoLegal guide to the world’s leading telecoms lawyers.

Until recently, Myanmar found itself ranked alongside countries such as Somalia and North Korea, as a very unattractive place for foreign investment. Run by a quasi-Marxist military dictatorship since a coup in 1962, its telecoms sector was woefully starved of investment and expertise. Basic mobile voice coverage was less than 5 per cent, and internet access penetration less than that. With SIM cards changing hands for prices in excess of US$3,000, affordable telephony, let alone connectivity, was a distant dream for the average Myanmar citizen.

However, since taking power in 2011, reforms led by President Thein Sein have dramatically changed the attractiveness of Myanmar as a destination for investment, with the modernisation of the telecoms sector being one of the first to be targeted. Whilst a lot still needs to happen to turn aspiration into reality, Myanmar looks set to receive significant investment by two wholly foreign-owned operators (Ooredoo and Telenor) as well as two local operators in partnership with minority foreign operators.

The word on the streets of Yangon, looking to some of the successes in African markets, is “leapfrogging”. The new entrants have been signing-up to multibillion-dollar investments to achieve coverage in excess of 80 per cent for both voice and data and the Myanmar telecoms market is undergoing rapid change and expansion. The question then is whether the process and the telecoms framework being put in place by Myanmar will enable it to catch up and surpass its regional neighbours?

With Myanmar still ranked as the 172nd (of 176) most corrupt country globally by Transparency International, it is rather surprising that the process to award licences to the two international operators was widely seen as both fair and transparent. Run by an international consultancy, the process set out clear criteria and required detailed responses that were then fairly assessed. While governments around the world are always keen to trumpet their fairness, the reactions of the losing bidders are probably the best indicators. In this respect the process run in Myanmar was very well perceived with more than one of the losing bidders publicly noting that the process was one of the least corrupt and most transparent they had taken part in.

In assessing the law and telecoms regulatory framework, a proper assessment can only be done once it is in operation. However, with the Telecoms Law now in force and the draft regulations out for public consultation, it is possible to provide an interim report card. While this can be done in different ways, I think a useful benchmark is the reference telecoms paper of the GATS annex on telecoms that sets out the basic elements of a liberalised telecoms regulatory framework.

One first point to note is that the law provides that many issues are to be dealt with in detail by means of regulations. As the regulations can be changed relatively easily this provides flexibility that can be both positive (as it allows new issues to be dealt with) and negative (to the extent that rules are negatively changed after investments have been made).

The Myanmar Telecoms Law contains a prohibition on “any conduct which has the effect of lessening free competition in any telecommunications market”.

The draft competition regulations effectively set up a sector-specific ex post antitrust regime (with any complaint being addressed through an investigation of the relevant market, the conduct and its effects) and also create a rebuttable presumption that certain types of conduct will breach the lessening free competition prohibition. Though not as strong as pure ex ante regulatory prohibitions found in some regimes this seems a pragmatic approach to a difficult area.

The types of conduct giving rise to the rebuttable presumption of breach include:

•   failing to supply interconnection or access to telecommunications services or other essential facilities;

•   discriminating in the provision of interconnection or access to telecommunications services or other essential facilities except where objectively justified;

•   supplying telecommunications services at prices below long run average incremental costs, or such other cost standard as is adopted;

•   requiring or inducing a supplier to refrain from selling to a competing licensee;

•   adopting technical specifications for networks or systems to prevent, delay or hinder interconnection or interpretability with a network or system of a competing licensee;

•   withholding information required to be disclosed;

•   using competitors’ information obtained for interconnection or access to compete with such competitor; and

•   limiting or restricting the ability of a customer of a licensee’s service to acquire telecommunication equipment and/or services from such licensee or from any other licensee.

Whilst it may prove a challenge to develop the capability to implement and enforce the proposed rules, the proposals meet the requirements of the reference paper and international best practice.

The Myanmar Telecoms Law requires that “access and interconnection provided by a licensee… shall be on an equitable and non-discriminatory basis and shall not be of lower technical standard and quality than the technical standard or quality provided in the licensee’s own network facilities or network services”.

The draft regulations also require interconnection rates to be cost-orientated, but do not specify a particular methodology to be adopted. However, as noted above, the competition guidelines make reference to long-run incremental cost as a benchmark.

Though it remains to be seen how these rules will be applied in practice, on paper Myanmar will have an interconnection regime in line with international best practice and in many ways superior to some of its regional neighbours.

This is addressed in the Myanmar Telecoms Law but, in contrast to the detailed competition and interconnection regulations, there is no detail. This may be because there is no immediate need to address universal service on the basis that the licensees’ roll-out commitments would achieve far more than a mandated level of service. However, as coverage increases the costs of serving the remaining unconnected (probably remote rural) population will increase.

It remains to be seen how this will be dealt with by future governments and regulators but to the extent that there is a universal service levy or fund the lack of detail as to how these are to be administered in a transparent, non-discriminatory and competitively neutral way means Myanmar falls some way short of the best practice represented by the reference paper.

The process to award the two national mobile licences to international operators was open and transparent with over 90 bidders participating in the qualification round and 12 (reduced to 11 after one consortium pulled out mid-process) in the final round.

The framework for additional licences is clear in both the law and in the draft licensing guidelines. The draft regulations meet the requirements of the reference paper by providing licensing criteria, timelines and licence terms.

Myanmar’s licensing framework goes beyond the reference paper by specifying technology and service neutral licences and the use of class licences that only require registration – an approach that puts Myanmar ahead of its regional neighbours.

At the time of writing the regulator is not independent – the Ministry of Communications and Information Technology is the relevant government department, the regulator and the incumbent operator. However, the law provides that an independent regulatory commission will be set up within two years to become the regulator.

In the interim, the regulator has been split from the incumbent operator and, notwithstanding its lack of legal separation, is doing all it can to operate as if it were an independent regulator.

Allocation and use of scare resources

The reference paper requires that scare resources (spectrum, numbers and rights of way) are allocated and used in an objective, timely, transparent and non-discriminatory manner and that current frequencies allocations should be published.

The Myanmar Telecoms Law and the draft spectrum and numbering regulations meet the requirements of the reference paper. However, rights of way are not meaningfully addressed in the law or draft regulations. Given the challenges and emotion associated with land reform in other emerging economies, it is not surprising that this issue was not addressed, as any attempt to include it could have delayed the process significantly.

While reform in Myanmar could yet go backwards (and probably for reasons unconnected with the telecoms sector – the transition to democracy, ethnic tension and violence, human rights, general economic reform, etc) at the time of writing, the telecoms sector in Myanmar is looking very positive. With a telecoms law and draft regulatory framework largely meeting or exceeding international standards (universal service being the one exception) and a four-player market with significant committed investment and execution capability, it is not fantasy to imagine Myanmar leapfrogging its competitors.